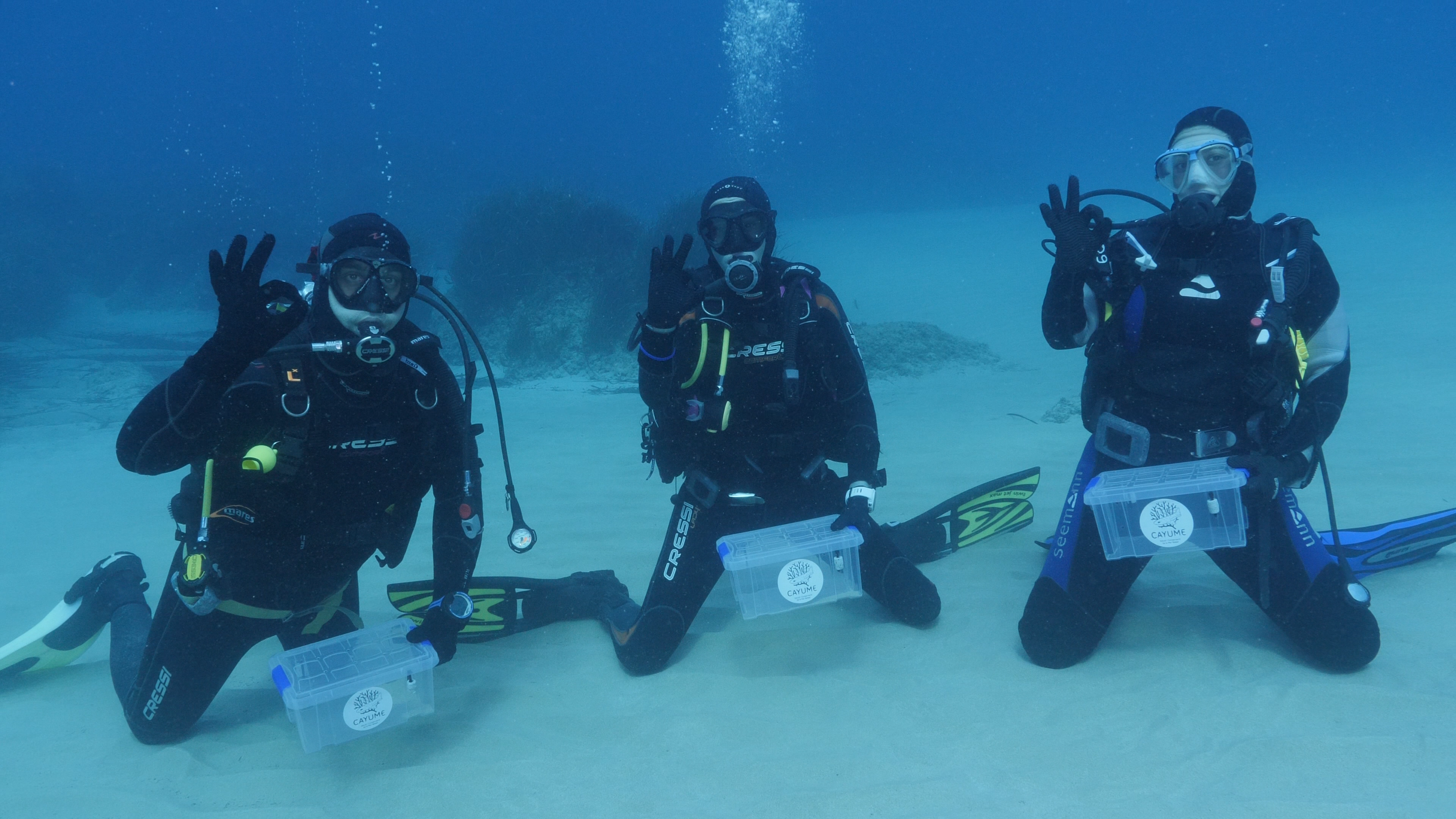 Recovery of shark and ray eggs

In almost all fisheries around the world, sharks and rays are caught as bycatch and in many cases are of no commercial interest. Some of these species are oviparous. Females lay eggs and deposit them on the seabed, but many of these eggs get caught in nets and their development process is interrupted.

It is estimated that 53% of Mediterranean sharks, rays and chimaeras are at risk of extinction (IUCN Red List).

Elasmobranchs (sharks and rays) generally develop slowly, are slow to reach sexual maturity and have a low fecundity rate. These characteristics decrease their resilience to overfishing.

The Cayume Association has launched the Eggcase2020 pilot project - between June 2020 and May 2021 - to recover the eggs of sharks and rays caught accidentally, with the collaboration of the Ministry of Agriculture, Fisheries and Food of the Government of the Balearic Islands and the fishermen of Port d'Andratx.

Guillem Félix and Clàudia Pich are the driving forces behind this project and the association. Félix is a veterinary nurse and Pich is a marine biologist. Cayume wants to become one more piece in the chain of entities of the islands that fight for the conservation of our natural heritage, focusing on marine ecosystems. 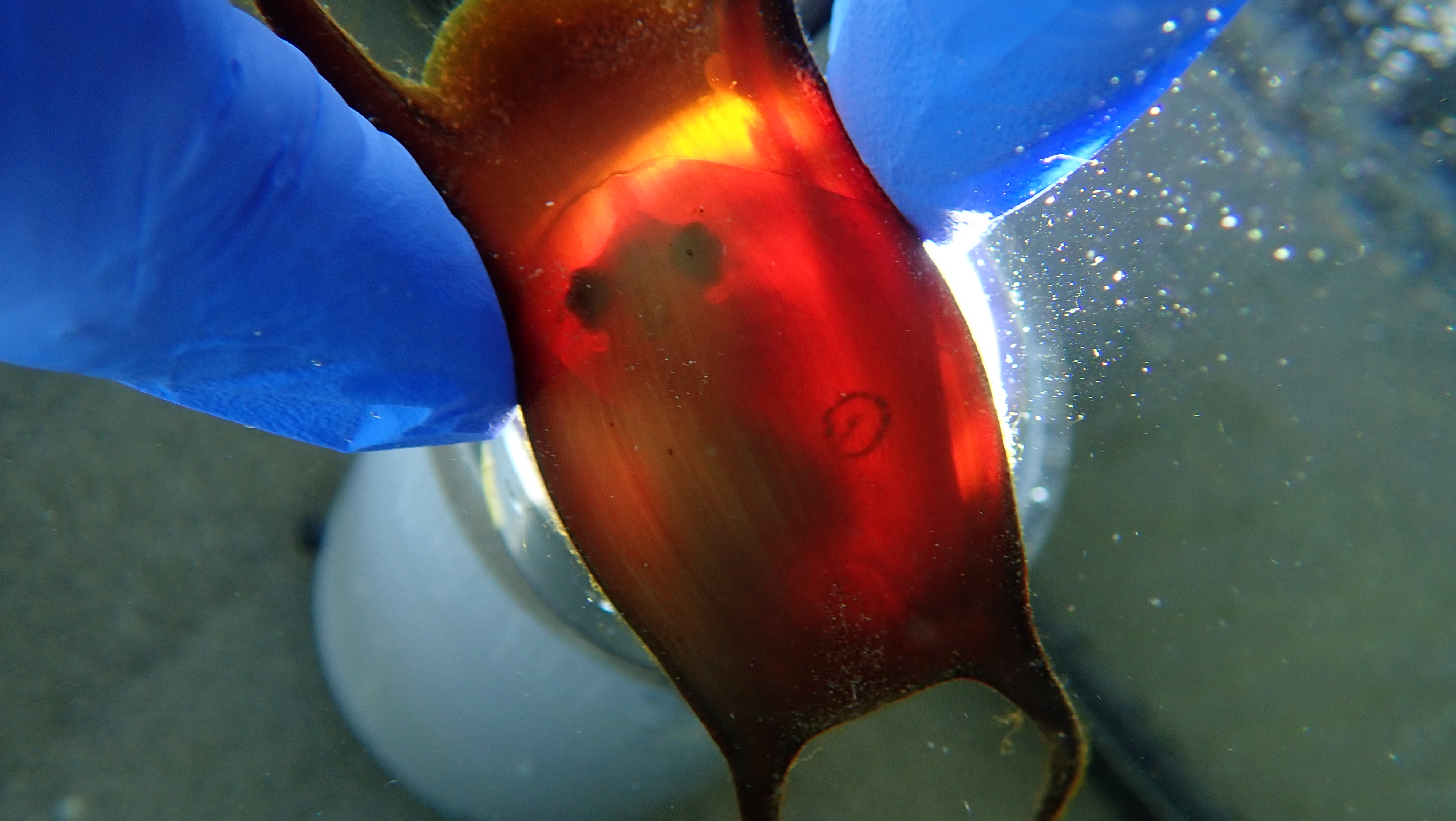 One of the first steps has been to establish a relationship with the fishing sector. The egg capsules have been recovered directly from fishing nets or from gravid females once fished. All have been incubated in the facilities of the Marine Research and Aquaculture Laboratory (LIMIA) - a marine research centre belonging to the Direcció General de Pesca i Medi marí of the Regional Ministry.

The eggs recovered are incubated in aquariums until they hatch and then the juveniles are released into the sea. In the course of these 12 months, 7 rays and 10 Lesser Spotted Dogfish have been released into the marine environment, fulfilling the main objective of the project.

"We want Eggcase2020 to be the first step in consolidating a simple and effective methodology that can be replicated in other parts of the Balearic Islands. Creating synergies between the fishing sector, science and society is the way to improve the conservation of sharks and rays", Clàudia Pich, marine biologist.

Knowing in order to protect

In addition to the work carried out in relation to the recovery and hatching of eggs, dissemination activities have been developed. This is a fundamental part of the project that aims to inform society about the activities carried out, the shark and ray species present in the waters of the Balearic Islands and their threats, raising awareness about marine conservation. Cayume is working on the preparation of an educational plan to make these species and the results of the Eggcase2020 project known to Balearic society.

Having abundant populations of sharks and rays means having a well-conserved sea. These species have suffered a strong regression in the Mediterranean and their recovery in the Balearic Sea is a priority for Marilles. This is why the Eggcase2020 project has been implemented thanks to full funding by Marilles.