Promote local leadership in the marine reserve of Sa Dragonera.

On the 5th, 6th and 7th of November, talks, screenings and a photographic exhibition in collaboration with MARE to bring Sa Dragonera closer to the public.

This weekend, the Save the Med - in collaboration with the Andratx Town Hall and the MARE competition - is organising the Jornades Divulgatives de Sa Dragonera. On the 5th and 6th of November it will take place in the plenary hall of the Town Hall of Andratx; and on the 7th in Sant Elm. The foundation invites the public to attend these conferences with the aim of bringing Sa Dragonera closer to the community and making the evolution of the Marine Reserve known.

Since the implementation of the Es Freu Marine Reserve, a very positive evolution has been observed in the fishery resources of the area (according to data from the monitoring of rocky bottom fish vulnerable to fishing in Sa Dragonera in 2020, from the GOIB's Department of Agriculture and Fisheries), an increase of 138 % in fish biomass has been reported in surface waters and an incredible 340 % in deep waters. Species richness has increased by 40 % and density has increased by a factor of 3. The fact that the outer waters MR includes an Integral Reserve area is key to real protection of the habitats that support these fishery resources. However, it is considered that for Sa Dragonera to achieve its full potential, many years and the designation of more areas as integral reserves are needed.

Save the Med, with the support of the Marilles Foundation, and through the project "Know your MPA of Sa Dragonera", has been carrying out awareness-raising, education and research activities in Sa Dragonera for the last two and a half years. They work actively with the sectors involved in the area to improve their practices in the area, a sustainable relationship with the sea and a commitment to care for the environment. 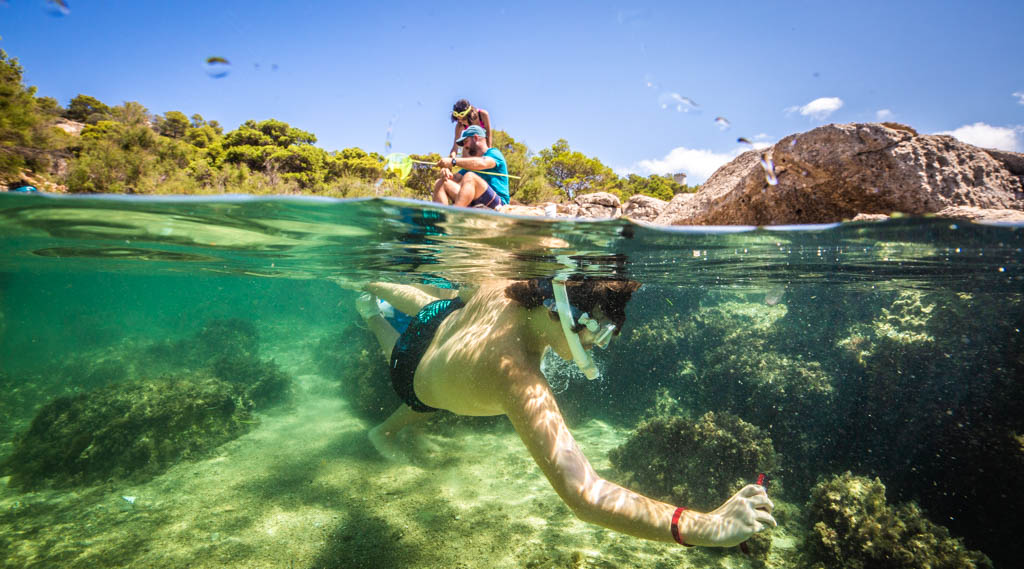 The programme of the workshop: 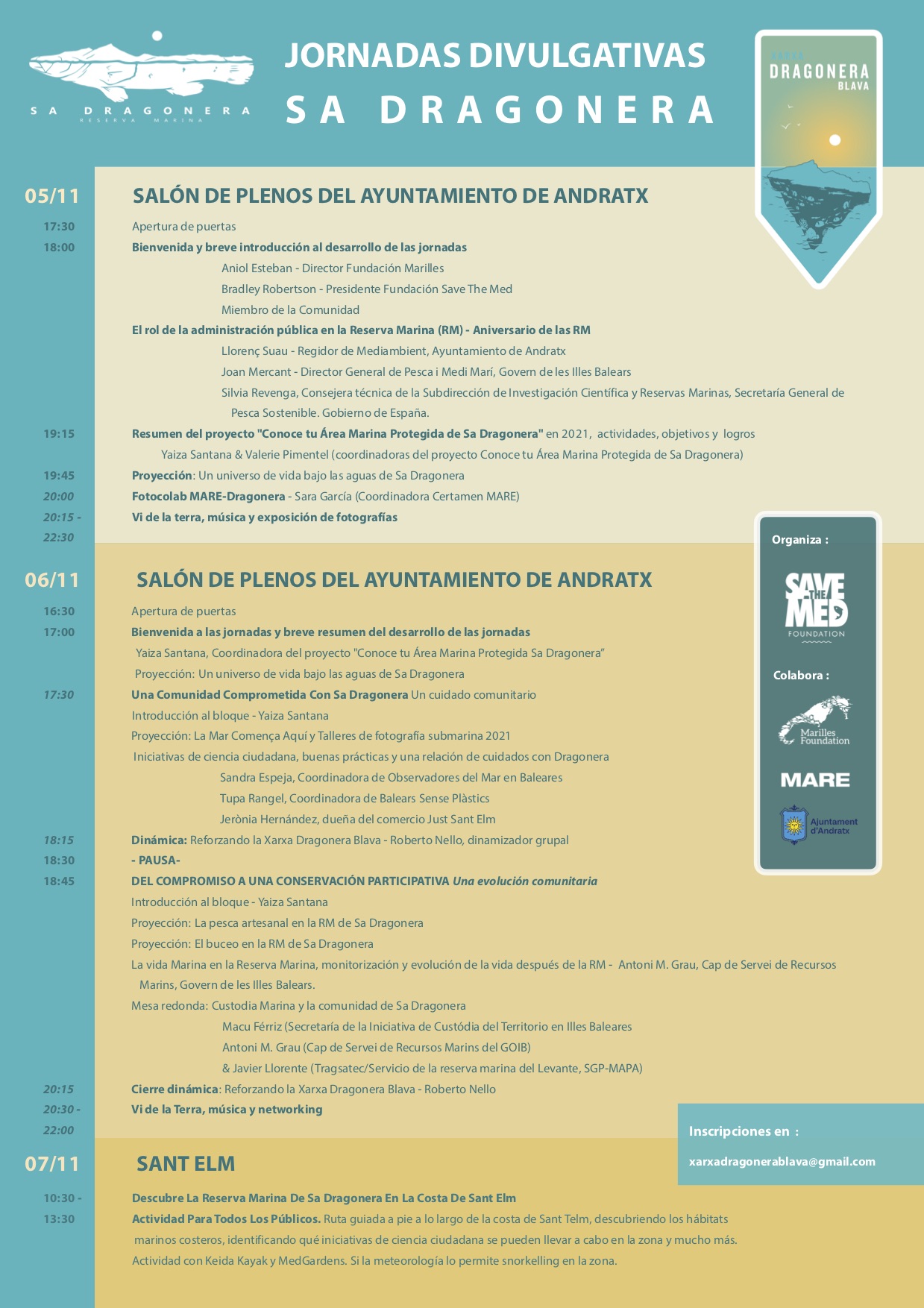 This weekend's conference will be full of information about the marine environment of the Marine Reserve and different types of actions will be carried out to inform and document the attendees. All the information and programme is available at: https://www.sadragonera.org/

The three-day programme includes the inauguration of the photo exhibition MARE-Sa Dragonera - by Sara García Betorz, coordinator of the project - which will be open to the public in the plenary hall of the Town Hall of Andratx until the end of the month. Other speakers will include Aniol Esteban, director of the Marilles Foundation; Brad Robertson, president of the Save the Med Foundation; Llorenç Suau, Andratx Town Councillor for the Environment; Joan Mercant, Director General of Fisheries and the Marine Environment; Silvia Revenga, Technical Advisor of the Subdirectorate of Scientific Research and Marine Reserves, among others.

There will also be talks by experts on key issues for the project and the community, such as Sandra Espeja, coordinator of Observadores del Mar in the Balearic Islands; Tupa Rangel, coordinator of the Balears Sense Plàstics project; the head of the marine resources service, Antoni Grau; and the coordinator of the Initiative for Land Stewardship in the Balearic Islands, Macu Férriz. Some of the audiovisual material that has been generated during the year will also be screened during the conference, and finally, there will also be participatory dynamics to involve the community in sharing their doubts and questions with the experts on the different topics of Sa Dragonera.

Both days will close with an acoustic experience of the sounds of Sa Dragonera by musician Txema González and the collaboration of ornithologists Jason Moss and Maties Rebassa.

On Sunday the 7th of November, the last day of the conference, there will be a guided route along the coast of Sant Elm to discover the marine habitats and learn about local initiatives. This route will be guided by Save the Med, Keida Kayak and MedGardens.

The foundation and all the collaborators encourage the public from all parts of the island to join these talks and learn about the beauty that we have and that we all need to take care of together.

The whole programme can be found at sadragonera.org and savethemed.org. It is important to register at xarxadragonerablava@gmail.com.

A study dates the age of the Posidonia of Illetes (Calvià) at 2,355 years old.