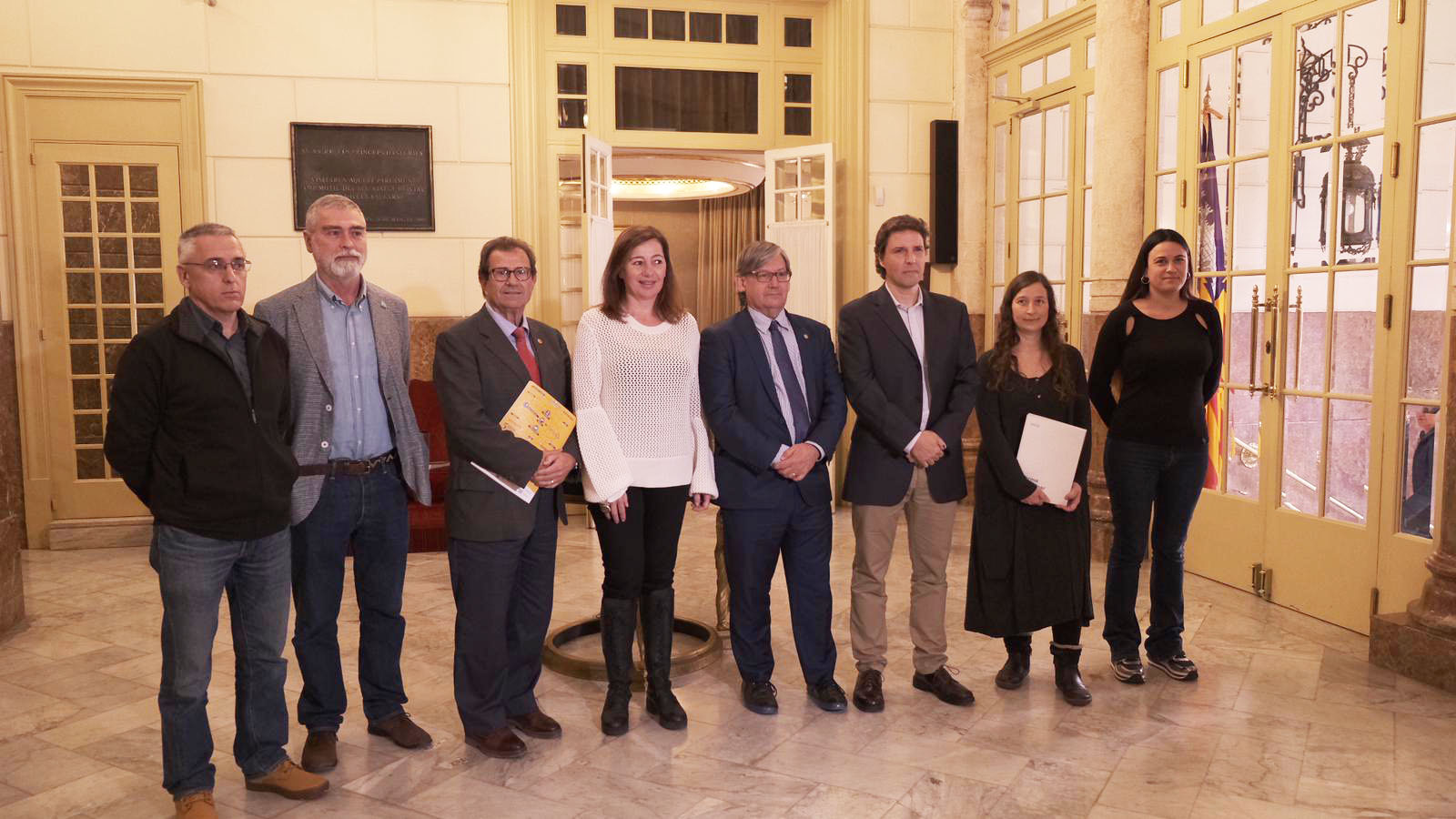 The main scientific institutions of the Balearic Islands, the Balearic Government and the Marilles Foundation have presented the first version of the Balearic Sea Report  at the Parlament de les Illes Balears. This initiative aims to assess the state of the Balearic marine environment, the pressures to which it is subjected and the response we give to them.

The collaboration between scientific institutions and the regional administration has brought to light a collective heritage which will be very useful to researchers, public managers, and decision-makers in the private and public sectors.

This is an objective and scientifically based report with the ambition of being expanded and regularly updated. It is a long-term collective project that aims to add new institutions and collaborations. Its value lies not only in the data it presents, but in the collaboration that is being forged among all the participating institutions.

Raquel Vaquer-Sunyer, coordinator of the report: "This report lays the foundations to provide scientifically based information for better management of the Balearic Sea that ensures its correct conservation."

Natalia Barrientos, researcher of the report: “This report illustrates the large amount of information available. We want to maintain the collaborative effort to improve future versions of the Mar Balear Report”

Toni Quetglas, COB-IEO director: “More than 100 years ago, Professor Odón de Buen, promoter of marine research in our country, expressed his conviction of bringing positive science to the hearts of the people. This initiative aims to bring it to the people, but also to the Administration as the main agent in the management and conservation of the Balearic Sea and its resources”

Jorge Terrados, director of the IMEDEA-CSIC-UIB: "It is very necessary that this initiative has continuity over time to keep an eye on the changes that occur at sea and increase and put this information at the service of the conservation and management of the Balearic Sea."

Joaquim Tintoré, director of SOCIB: “This initiative represents a very significant step forward in the collaboration between public and private organizations in the Balearic Islands. Supporting research and having quality data in the marine and coastal environment is key to decision-making in a context of climate change”

Eva Marsinyach, responsible for monitoring the marine environment at OBSAM: “The Balearic Sea report has two strengths: it is accessible to all and is the result of cohesion between entities. We applaud the leadership of the Marilles Foundation to make it possible”

Joan Matamalas, cap d’estudis del CES: “To manage and preserve the natural environment of the Mediterranean, knowledge, scientific evidence and the collection of quality data are essential.”

Llorenç Huguet, Rector of the UIB: "The report highlights the fundamental role of scientific institutions in achieving vital objectives for society, such as improving the state of conservation of the sea."

Miquel Mir, Minister of the Medi Ambient i Territori: "Gathering knowledge is an invaluable task because it allows us to better understand the reality around us and, therefore, improve decision-making."

Antoni M. Grau, head of the Marine Resources Service of the General Directorate for Fisheries and the Marine Environment: “Information and long data series allow us to make a good interpretation of what happens at sea and manage natural resources such as fisheries correctly. The Balearic Sea Report is a very much needed initiative”.

Aniol Esteban, director of the Marilles Foundation: "If we do not have scientific data and verified information, it will be very difficult to move deliver an excellent conservation of the Balearic coast and sea and the many benefits they brings us."

Preserving the sea in the big data era