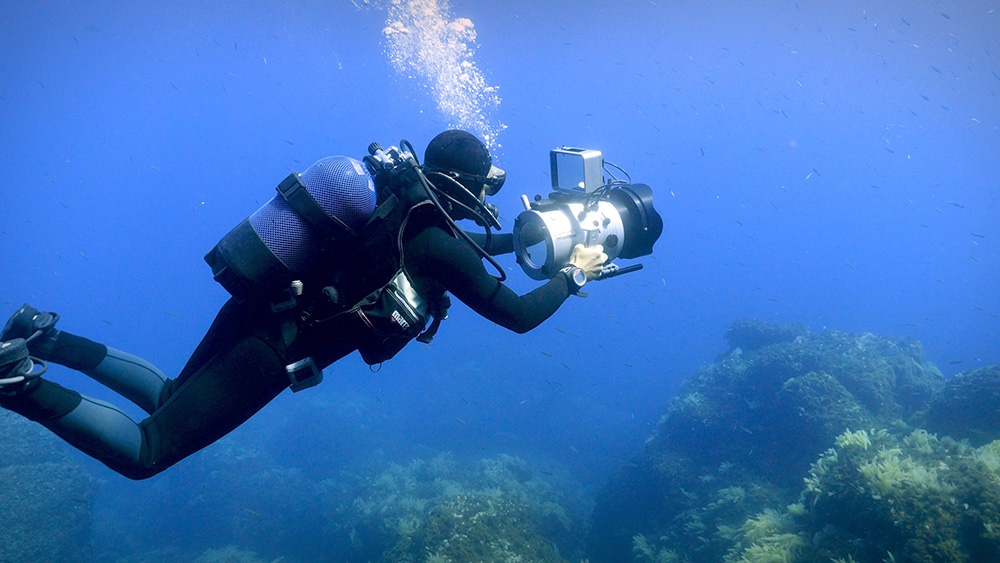 The marvels of the Balearic Sea

The marvels of the Balearic Sea to star in a new co-production: IB3 and the Marilles Foundation

The series, to be filmed and edited this year, will consist of 8 episodes and 2 documentaries on marine protected areas. The aim is to highlight the richness of the Balearic Sea and bring it closer to the citizens of the islands. Key figures in the audiovisual and scientific arena will take part in the project, which will promote and inform on the preservation of all the natural marvels of the Balearic Sea.

The project has been made possible thanks to the financial contribution of the EPRTVIB(IB3) institution and Marilles, a foundation that promotes the conservation and study of the Balearic Sea; Marilles, in turn, has received financial support from Fundatur.

Andreu Manresa, managing director of the Ens Públic Radiotelevisió de les Illes Balears, assures us: “IB3 will be, here and elsewhere, a window opening onto the sea, a means of revealing this exceptional and fragile underwater life, to which the majority of citizens have no access”.

Aniol Esteban, director of the Marilles Foundation, adds: “From the majestic sperm whale to minuscule slugs of incredible colours, the Balearic Sea hides an astounding diversity of species, habitats and landscapes that are largely undiscovered. With this series we want to shed light on the riches concealed beneath our sea, inspire optimism and help build a better future for its conservation. The sea plays a crucial part in the prosperity of the Balearics. Protecting the Balearic Sea could mean an end to this crisis. I believe that adding value to our natural marine capital through images is a first step towards achieving this.”

The Marilles Foundation is a non-profit organisation that works to make the Balearic Islands an example of marine conservation worldwide. It finances local projects and organisations to improve the Balearic Sea and its coast.