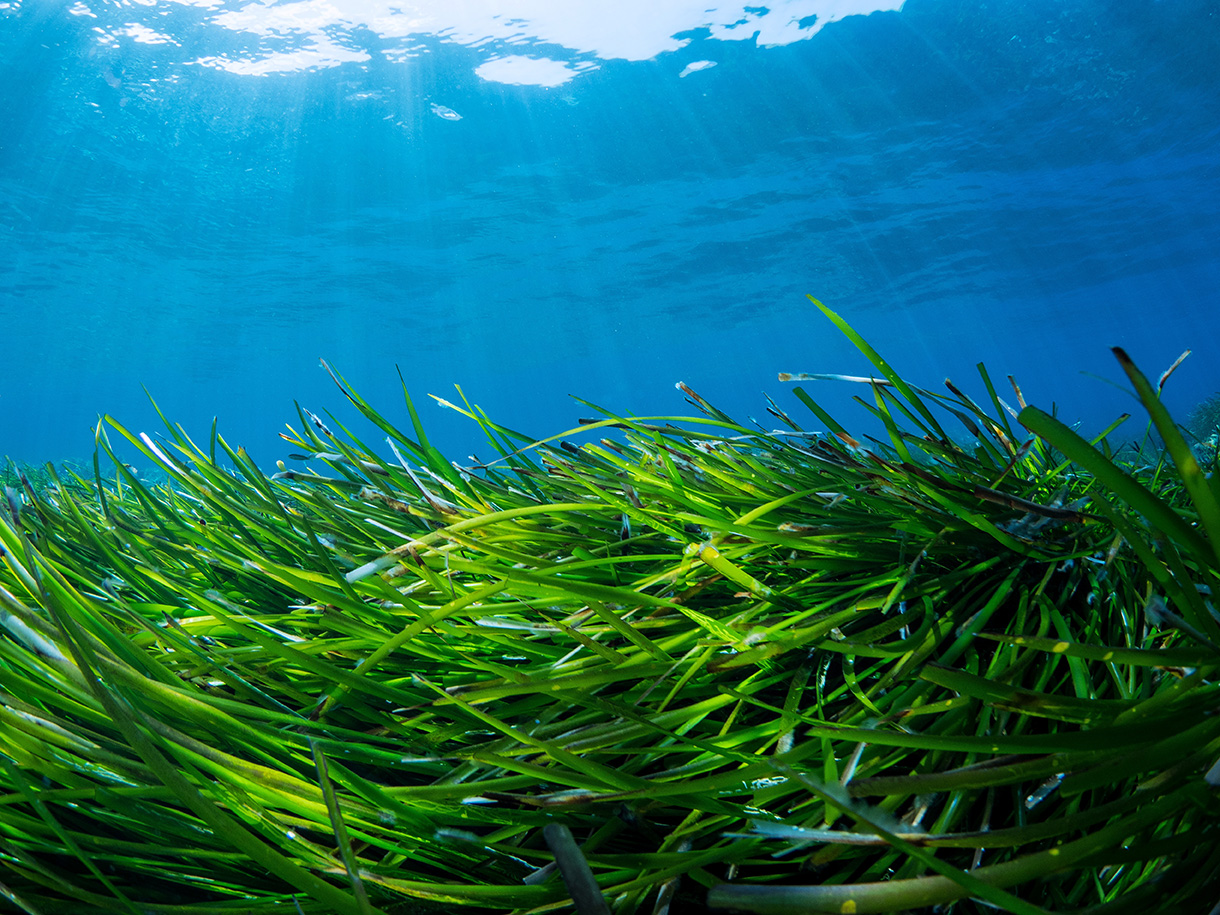 The increase in CO₂ concentration in the atmosphere is already changing our climate, with important consequences on a planetary scale. Heatwaves, such as the one affecting the Northern hemisphere these days, demonstrate the reality of climate change.

It is estimated that over 95% of the carbon in seagrass meadows is stored beneath them. Although coastal habitats cover less than 2 % of the total ocean area, they account for approximately half of the total carbon sequestered in ocean sediments.

This global warming is being partially tempered by the ocean’s capacity to absorb not only a large fraction of the atmospheric heat but also a large proportion of the CO2 released into the atmosphere by humans.

The carbon stored in coastal ecosystems, mainly by seagrasses, mangroves and salt marshes is known as “Blue Carbon”. These habitats sequester and store large quantities of carbon in both the plants and the sediment below. 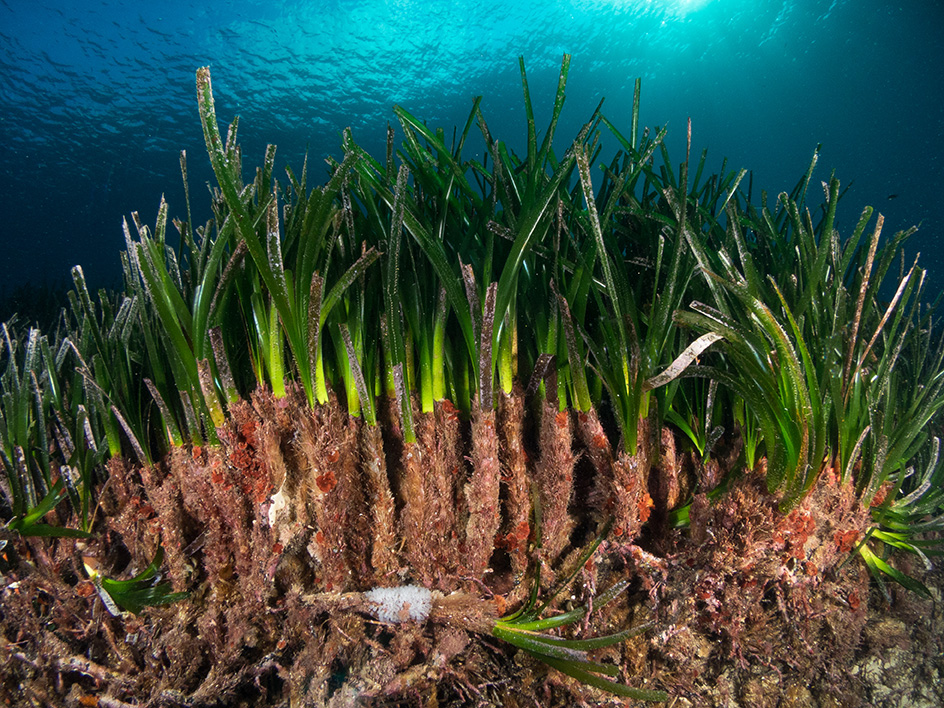 Photograph of a Posidonia oceanica meadow with rhizomes in sight. Photo: Miquel Gomila.

While often carbon absorbed by plants will be released back into the atmosphere once the plant dies and decomposes, seagrass meadows and similar habitats are particularly valuable because they grow over dead rhizomes and roots, thus storing Carbon underneath them, sinking and burying it into the sediment.

In the case of seagrass, they cover less than 0,2 % of ocean floor, but store about 10 % of the carbon buried in the oceans each year. The Mediterranean endemic seagrass Posidonia oceanica —Neptune seagrass— is one of the marine plants with the highest carbon sequestration capacity. It is a very efficient “natural machine” able to trap carbon from surrounding waters and bury it in the sediments.

As collective efforts to fight climate change increase at European and global level it is essential to recognize the important role that Posidonia oceanica meadows play storing Carbon. We are lucky that the Balearics are ahead of the game in protecting this species, and we are determined to work hard to ensure their continued protection and inspire other corners of the Med and beyond to do the same!

Posidonia grows very slowly, at approximately 1 cm per year, but over time it can form dense meadows and accumulate enough material underneath to significantly raise the seafloor, forming mats that can exceed 3 meters in height and get very close to the sea surface creating “reefs” such as the ones that we can see in Platja de S’Oratori in Portals Nous.

In addition to acting as efficient climate regulators, Posidonia meadows play a very important role reducing the impact of waves and preventing coastal erosion and provide many other benefits including nursery areas for fish, cleaner waters and great habitats for snorkelling.

The older and taller a Posidonia meadow is, the more carbon it will have stored underneath. However, if the meadow disappears or is removed, this will release the carbon back into the water and eventually also into the atmosphere. When Posidonia is destroyed much more than the upper layer is lost. We are uncorking carbon that has been stored over hundreds or thousands of years.

Age and amount of carbon stored by posidonia.