Marta Carreras Rivera holds a degree in Biology and a Master's degree in Marine Sciences from the University of Barcelona. She has worked for more than a decade with non-governmental organisations, including GOB Menorca and the international marine conservation organisation Oceana. Currently, she works in the Department of Environment and Biosphere Reserve of the Consell Insular de Menorca, as a marine environment technician for the MAREBI project.

WHAT IS THE MAREBI PROJECT?

MAREBI has the support of the Biodiversity Foundation of the Ministry for Ecological Transition, through the Pleamar programme, co-financed by the European Maritime and Fisheries Fund (FEMP). Its main objective is to improve knowledge of the marine ecosystems of the Menorca Biosphere Reserve and to raise awareness of the importance of healthy seas.

To disseminate information about the project’s objective, we have organised a programme of five talks "One island, one sea" and four marine interest film screenings accompanied by discussions in the “CineMar", in collaboration with the Marilles Foundation. We have also published a story aimed at children and primary school children "A sea of treasures", which has created an environmental education activity in a storytelling format where children learn about the real treasures of the sea of Menorca. In additon, we have republished a guide to good boating practice, "More sea, more life", in collaboration with the Menorcan Association of Nautical Companies (ASMEN).

Furthermore, we have carried out five monitoring and mapping studies of the coastal and marine ecosystems of Menorca. The OBSAM has now evaluated the Vulnerable Marine Areas of the Menorca Biosphere Reserve. Marta Sales, with the support of the IME, has assessed the conservation status of the Cymodocea nodosa meadows of Menorca; Jorge Giménez and Jaime Ros have mapped the marine habitats of the northern half of the Bay of Fornells; and the Island Council has updated the indicators of the influx of users on the beaches of Menorca and the monitoring of seabirds (shag, Audouin's gull and yellow-legged gulls).

WHAT ARE THE MOST OUTSTANDING RESULTS OF MAREBI?

"One island, one sea" and "CineMar" have been very well attended: two hundred and seventy members of the public and thirty two experts with marine interests (fishermen, scientists, ecologists, managers, documentary makers). We have dealt with topics such as sea turtle nesting in Menorca, the state of health of our sea, the effect of climate change on corals, how noise pollution affects cetaceans, the need to move towards responsible consumption of fish products and the situation of women in marine sciences, among many others. Right now, three hundred and twenty schoolchildren have enjoyed the workshop "A sea of treasures", and all the activities we had offered for this year are booked up. We have also distributed two thousand good boating practice leaflets in strategic locations: yacht clubs, boat rental companies, marinas, etc.

The studies carried out within the framework of the project are very useful tools for the management of the sea in the Menorca Biosphere Reserve. We have a very complete map of the vulnerable marine areas that show us what the management priorities are. The updating of the cartography of the Bay of Fornells is essential for the conservation of this protected area (Marine Reserve and Natura 2000 Network) where a large number of human activities take place. We also know that the Cymodocea nodosa meadows of Menorca are generally in a good state of conservation, except in the bay of Addaia where there is a decrease in their density, probably caused by unregulated anchoring. The beaches of Menorca reached their historical maximum of users this year 2021, despite the fact that the island has received fewer visitors, which seems to indicate a change in the type of visitors with a higher mobility than in previous years. Threatened seabirds –Audouin's gull and shag– continue to recover in good number, although there has been a slight decline in the cormorant population which will need to be monitored. The population of the yellow-legged gull, a cosmopolitan species, has increased partly due to an increase in the fieldwork effort this year but the Milà waste plant may also have had an influence.

WHAT ARE THE BIOSPHERE AGENCY'S PRIORITIES IN MARINE CONSERVATION?

The Menorca Biosphere Reserve Agency has an Action Plan 2019-2025 that includes the work priorities for this period, both in terms of conservation of natural heritage, biodiversity and landscape, as well as efficient use of resources, promotion of a sustainable economy, knowledge and education, and governance. In the marine field, the main objective is "to have a coastline in a good state of conservation and a productive sea through responsible collective use, sustainable management of resources and building resilience”. We should draw attention to actions already undertaken, such as the extension of the Biosphere Reserve towards the sea, making it the largest in the Mediterranean (445,005 marine hectares!) and the creation of the Illa de l'Aire Marine Reserve. But there is still a lot of work to be done, such as improving the management of anchorages, establishing effective measures to prevent beaches from exceeding their carrying capacity and improving surveillance in marine protected areas. 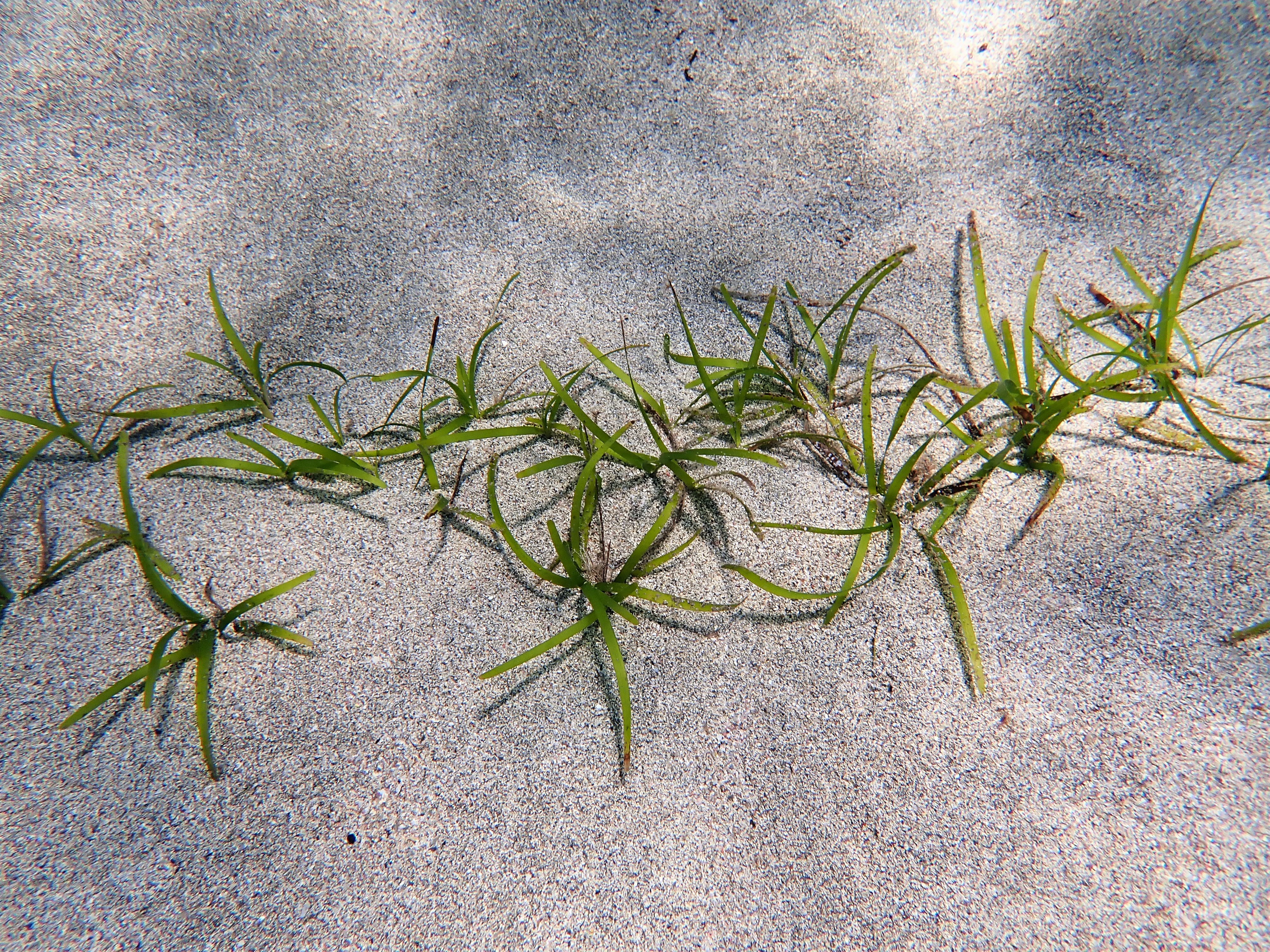 It was a great surprise and an honour. I am very happy that a photo of a still little known marine plant, Cymodocea nodosa, which has also been the subject of study in the MAREBI project, has been awarded a prize. I hope that this will contribute, together with the work done by so many organisations, to making this plant and the habitat it forms, at least as well known and appreciated as Posidonia.

HOW DID YOUR RELATIONSHIP WITH THE SEA AND UNDERWATER PHOTOGRAPHY COME ABOUT?

I have no knowledge of photography, I am just fascinated by the sea. It is a hobby and, I could even say, a therapy. Going into the sea and spending hours looking for marine "treasures" is the best thing there is.

A book: "A sea of science and knowledge: scientific monitoring of the marine environment in Menorca", by Marta Sales, Eva Marsinyach and Pablo Balaguer.

A marine species: a blenny

A person or organisation of reference: Lynn Margulis. I believe that symbiosis is the only force of evolution that will lead us to a better blue-earth planet.

A beach: I'm more of a rocky person.

A phrase that defines you: None.

Optimistic, realistic or pessimistic? It depends on the moment.

MARE participates in the Future Forum.

We give voice to the future.