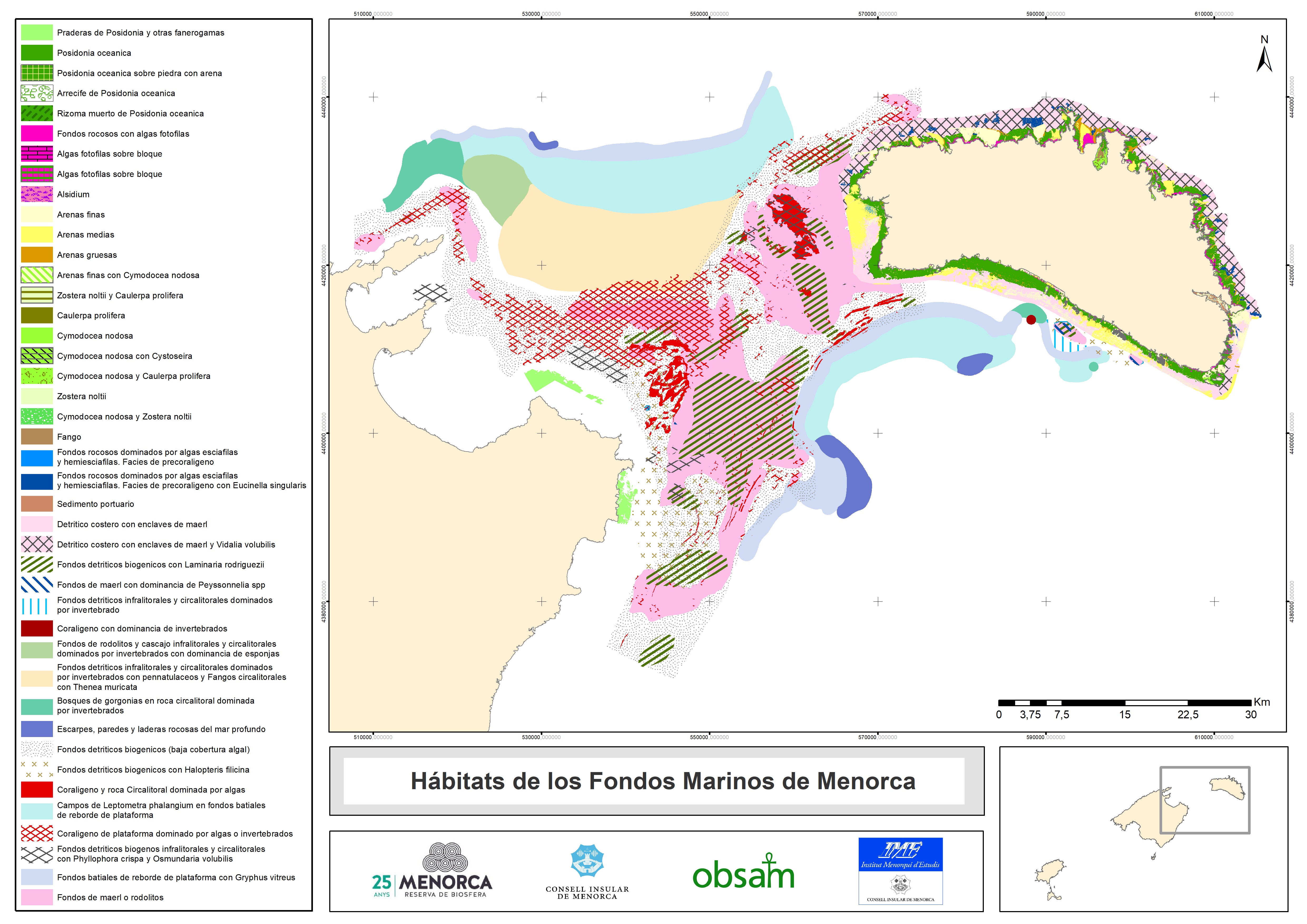 Compile marine maps to improve management of the Balearic sea

The aim of the project to compile of maps of the marine and coastal habitats of the Balearic Isles is to calculate the size of the habitats and assess their state of conservation. The project’s other key points are:

Understanding the enormous diversity of landscapes under the sea and their state of conservation is essential for improving management.

The project will be developed by the Institut Menorquí d’Estudis (IME) via the Observatori Socioambiental de Menorca (OBSAM) and the Societat d’Història Natural de les Balears (SHNB). As well as collecting existing information, specialists will carry out fieldwork to obtain new cartographic information.

“Fish and other organisms are not randomly distributed but rather in a manner propitious to their habitats. Understanding and conserving these habitats is a fundamental part of preserving marine life.” David Carreras, director of OBSAM.

The compilation of marine maps should be seen as the initial activity within a broader project to assess the marine and coastal capital of the Balearic Islands. Marilles, in conjunction with the British consultancy EFTEC and the Universitat de les Illes Balears, has begun to establish the basis for an accounting system for the natural marine capital that will make clear the links between the changes in the marine environment and the economic impact this implies for each sector.

“Our economic and welfare system depends on the environment being in good condition. In some islands, the sea and marine habitats play an even more important role.” Aniol Esteban, director of the Marilles Foundation.

The impact of marine reserves in the Balearics

Bringing people closer to the sea.