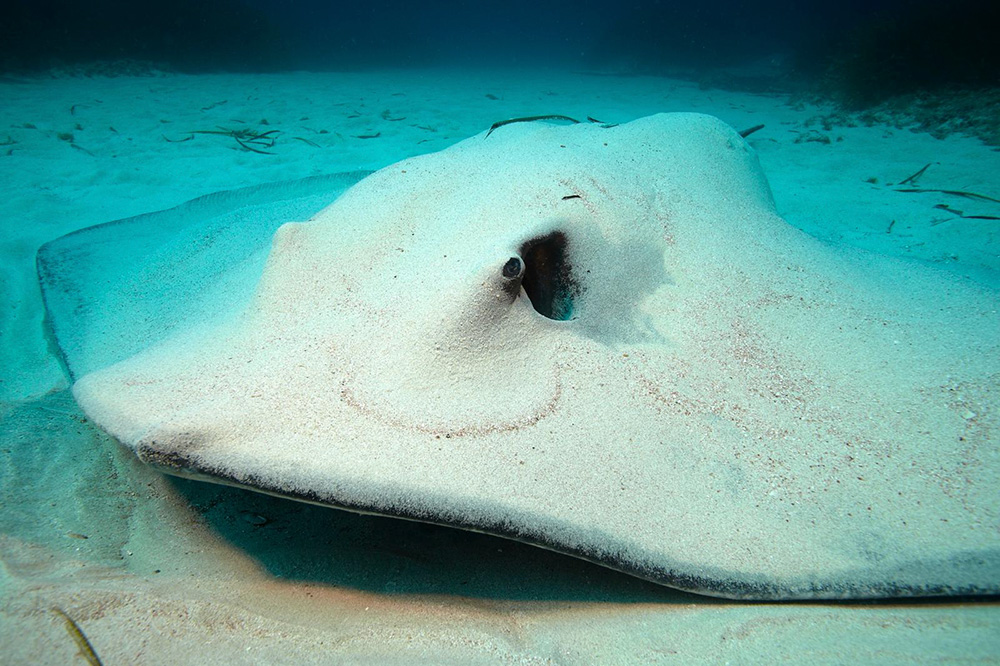 Sharks and rays in the Mediterranean

Urgent action needed to protect sharks and rays in the Mediterranean.

Shark and ray experts from all over the Mediterranean will meet in Mallorca from 4 – 7 November to discuss the status and identify actions to improve the conservation of sharks, rays and chimaeras – some of the most threatened groups of marine species in the Mediterranean Sea.

Mallorca, 31st October 2019. – Sharks play a vital role in maintaining the food chain balance in Mediterranean marine ecosystems. However, their negative image has overshadowed the vulnerability of this group of species. Currently 53% of sharks, rays and chimaeras are estimated to be at risk of extinction in the Mediterranean region, according to the IUCN Red List of Threatened Species™.

From 4 to 7 November, the IUCN Centre for Mediterranean Cooperation (IUCN-Med) together with the support of Marilles Foundation will bring together international marine conservation specialists, NGOs and other organisations to review current threats and identify actions to protect these species.

“Our goal is to capitalise the information that we have from the species, increase the visibility of the existing management initiatives throughout the Mediterranean and find synergies and opportunities between them” - explains María del Mar Otero, marine biologist from the IUCN Mediterranean Marine programme.

Moreover, the relationship with Mediterranean fisheries, as well as the commercial value of these species and related issues, such as the incidental catch will be also subject to discussion.

The situation on the Balearics

The last day of the conference on 7th November will focus on the state of sharks and rays in the Baleric waters; the pressures they are subject to and actions to revert this trend. This session aims at laying the foundations of a future Shark and Ray Conservation Plan for the Balearic region.

“Shark and rays are amazing species which have suffered a severe decline across the Mediterranean and the Balearics are no exception to this. Restoring shark and ray populations to healthy levels is a key priority for us. This meeting is an excellent opportunity to start working on a Conservation Action Plan to protect these species in the Balearics”, says Aniol Esteban, director of Marilles Foundation.

Brad Robertson, president of Save the Med

Marine regeneration of the Mediterranean.

The study is financed by Marilles, the Agència Menorca Reserva de Biosfera and the OBSAM.