Does it make sense to talk about deserts under the sea? When we picture a desert in our minds, we imagine an arid place where water is extremely scarce. We can also imagine a rather lifeless place, with little biodiversity. Yet contradictory as it may seem, there are also deserts under the sea - areas with little life that unfortunately are becoming more common and growing around the world. Given that they are beneath the sea and often go unnoticed, they are also called “hidden deserts”.

‘Hidden deserts’ are vast inert areas, often with bare rocks, where we might find a few sea urchins at most. They appear following the rapid disappearance of underwater forests such as those formed by kelp or other marine seaweeds or plants, highly productive and biodiversity rich habitats hosting several species. Underwater desserts are found all over the world but are more common in temperate zones.

The existence of deserts is an indicator of poor ecological quality and vulnerability. The more hidden deserts we have and the larger they are, the less resilient the sea is to climate change and other pressures such as overfishing. Moreover, the loss of underwater forests can also accelerate the deterioration of water quality. Unfortunately, hidden deserts are a growing problem and so are the multiple impacts they bring for key sectors such as fishing, tourism, leisure or our own wellbeing.

Other factors contributing to the appearance of hidden deserts are global warming, poor water quality, invasive species and increasingly recurrent heatwaves, all of which can destabilise the ecological balance. An example of the latter occurred in Australia in 2012 when a heatwave raised the average water temperature by 2 degrees Celsius for 10 weeks, causing a collapse of the ecological system in the area leaving a desert the size of 150,000 football pitches. 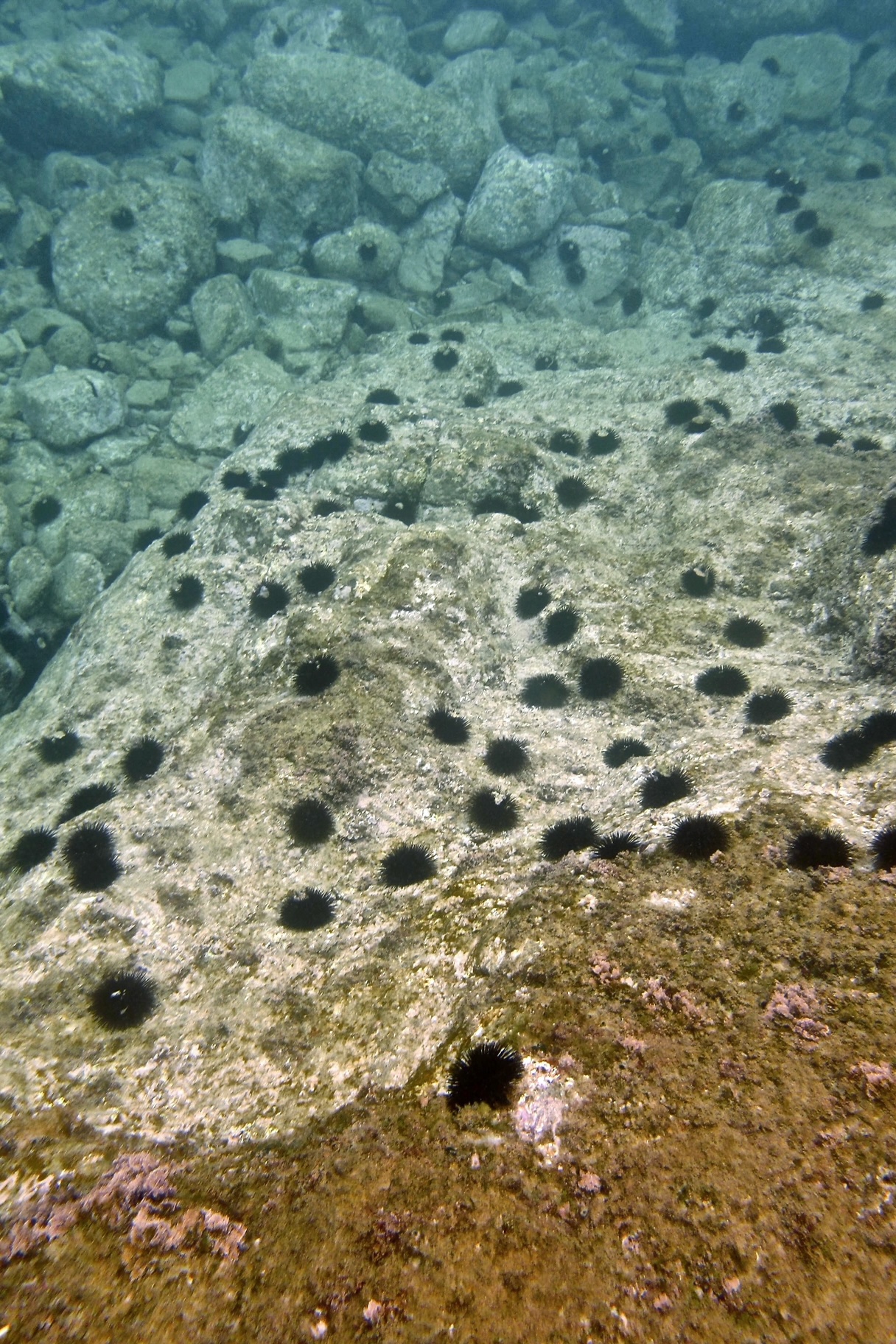 In the Mediterranean, hidden deserts are often the result of an increase in populations of Arbacia lixula and Paracentrotus lividus – the two most common species of sea urchins because of a shortage of fish large enough to be able to eat them. The dentex (Dentex dentex), the white sea bream (Diplodus sargus) or the gilt-head sea bream (Sparus aurata), are fish with powerful tooth able to feed on medium-size urchins but they are also valued commercial species which suffer strong fishing pressure. Overfishing reduces the average size of these fish species which means there are fewer predators feeding on sea urchins.

Overfishing and global warming are the main drivers of hidden deserts in the Med. Sometimes, events can occur in nature that have the opposite impact. Storm Gloria which affected the Mediterranean region in 2020 caused many sea urchins to die and researchers documented ‘hidden deserts’ slowly reverting towards their forest state. Yet, this is an exception because although the sea has a great capacity to regenerate, most hidden deserts are irreversible and will not regenerate into forests unless we take specific action.

This is why early detection of ‘hidden forests’ is so important – so we know what to monitor and protect. There are various initiatives around the world aimed at identifying and reporting the appearance of hidden deserts and monitoring programmes to track their evolution. Different techniques are used to do this, from aerial drones - very useful when the waters are clear – and satellite imagery, to marine citizen science inviting the public to keep their eyes open and to collect and share data with research institutions.

The hidden deserts project from Spain’s leading marine citizens science platform Observadores del Mar (SeaWatchers), encourages divers and snorkellers to collaborate by informing the project leaders about sightings of hidden desert in the Balearics and the Spanish Mediterranean coast and whether sea urchins are present in the area.

Taking part in it is as simple as uploading a photograph with details about location, depth, and information about the presence of sea urchins and other fish. There are many other projects on the Observadores del Mar platform which citizens can contribute observations to. Have a look, become a sea observer and join the community. 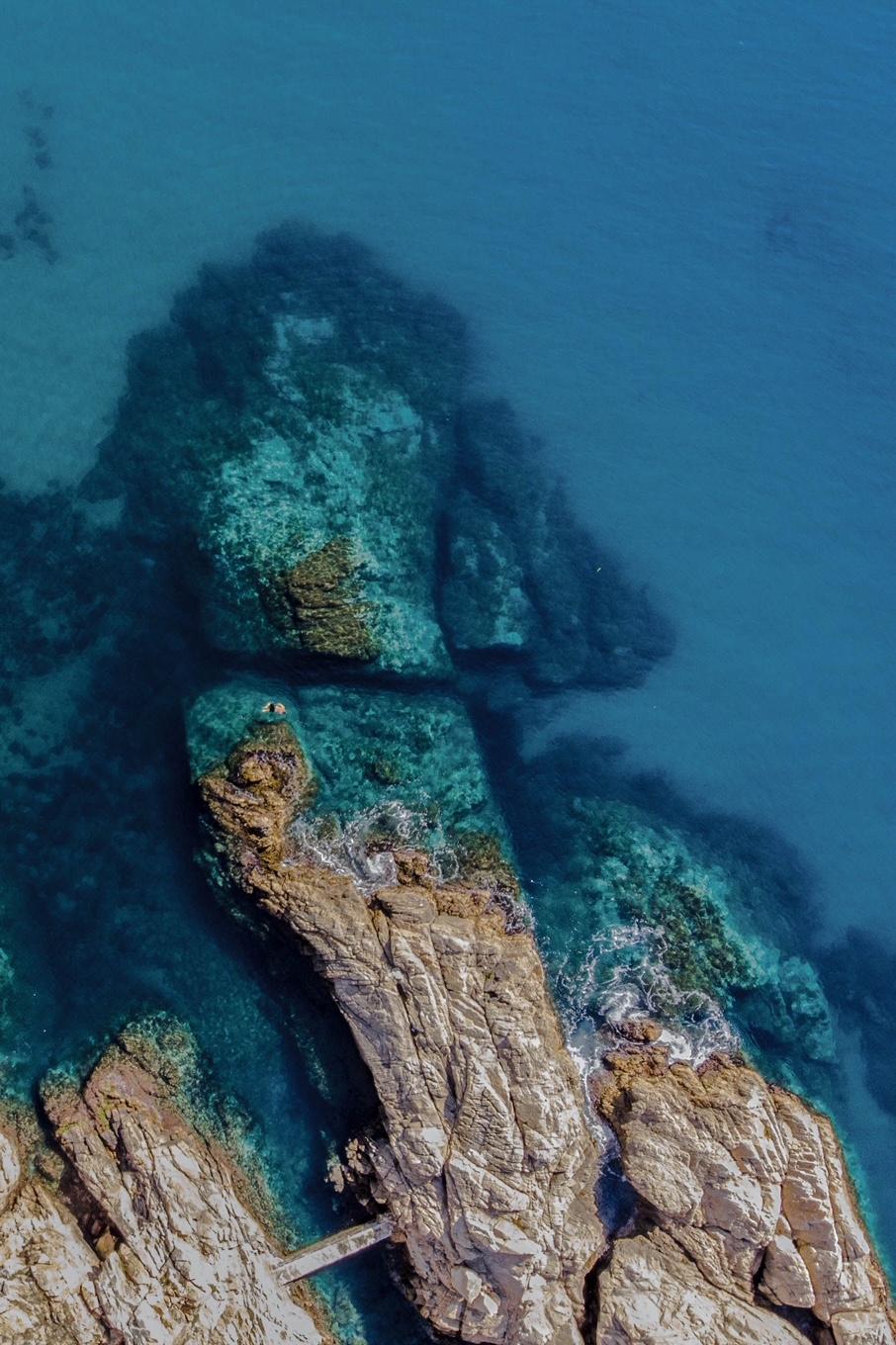