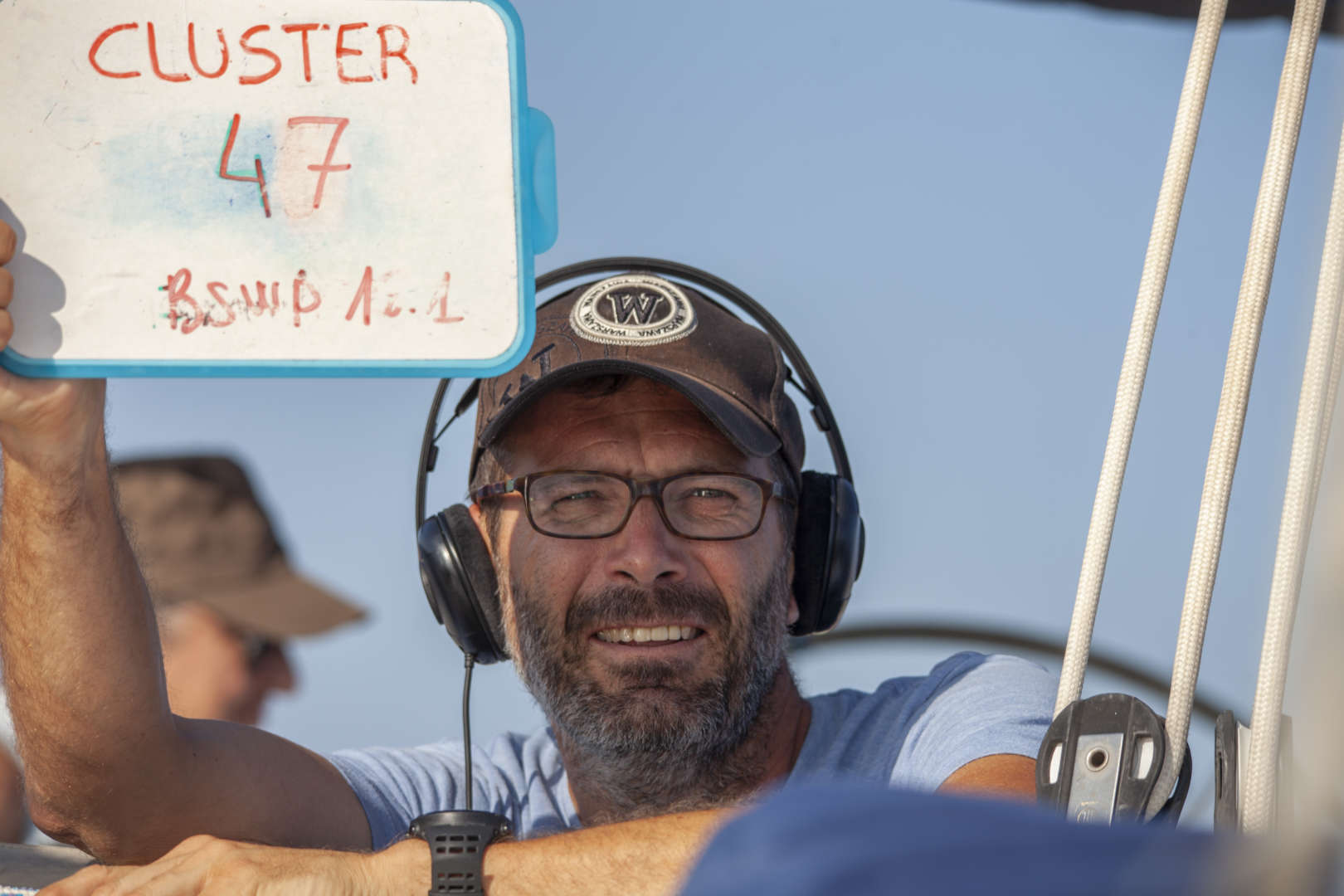 Tursiops is an NGO founded in 1998 to study whales in the Mediterranean Sea, particularly in the Balearics. From a clearly scientific standpoint, we believe that the best tool for conservation is knowledge, which is why each and every one of our studies follow strict protocols. We talked to Txema Brotons, Tursiops’ scientific director.

Tell us about your background.

I have a PhD in biology, specialising in whales and acoustics. I also hold a Master in Environmental Management, a teacher-training certificate, I am a navigator, mechanic, electrician and a diver… I also do whatever is needed to push the next project forward, the next campaign or to answer the next question.

So what is Tursiops currently working on?

At this moment in time, we are monitoring the population of sperm whales that frequent the Balearic Islands through the Balearic Sperm Whaleproject. This project, funded through the presence of on-board “eco-volunteers”, also features a major educational and dissemination aspect. With the same scientific goal, albeit with funding from different companies and administrations, the Ishmaelproject enables people from particularly sensitive groups to go on a one-week campaign. This year, the campaign focuses on users from Project home and women who have survived ill-treatment from the Woman’s Institute of Ibiza. Moreover, in Ibiza, the Els Nostres Dofins[Our Dolphins] Project, with the backing of numerous stakeholders from the island - has placed 3 hydrophones along the coast to correlate underwater noise and the presence of dolphins. An underwater hydrophone is also featured in the ongoing Calmados[Becalmed] Project - with the support of the Fundación Biodiversidad - which tracks the presences of whales in the Ausías March underground mountain of the Canal de Mallorca.

What are your plans for this summer?

We will be implementing Mares conectados[Interconnected Seas] with the WWF to evaluate connectivity between the Balearics and the sea of Liguria with sperm whales and Risso’s dolphins. We are also participating in a project with a grant from National Geographic, through which, with the help of biopsies obtained in the Balearics and genetic and stable isotope analysis, we assess how male and female sperm whales compete for resources. I also hope that before this article goes to print or is published we will be able to add more projects and objectives, which are becoming increasingly more necessary in view of the myriad difficulties that our sea has to contend with.

This summer, we will be out at sea and implementing campaigns for some 10 weeks through the Ishmael, BSWP, Mares conectados, Es nostres dofins and Calmados projects.

Besides the conferences that we hold in different places, and the presence of volunteers and users in our campaigns, we will be organising a couple of workshops about whales in Can Tàpera, in children’s holiday camps.

A book: Among whales, by Roger Payne.
An image:The sensation that I have every morning of living in a unique place and being responsible for looking after it.
A marine species: The sperm whale, “familiarity makes the heart grow fonder”.
A reference organisation or person: Just one? The ones that see far because they fly high.
A beach: The one I am standing on.
A phrase that defines you: Sometimes, dreams are the only things that are real.
Optimistic, realistic or pessimistic? The sun will rise tomorrow.

How does underwater noise affect dolphins?