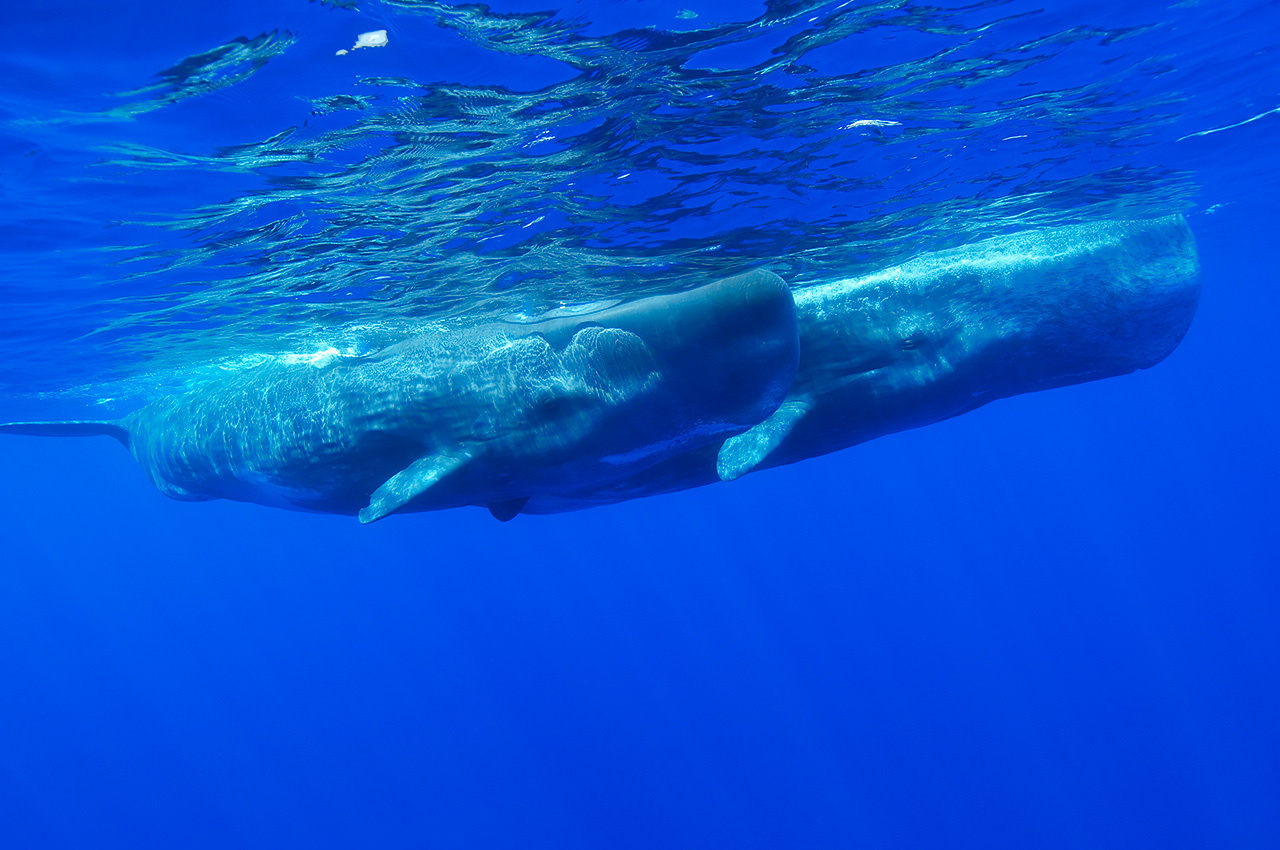 Following the important international recognition granted to Spain by the Barcelona Convention (UNEP/MAP) by declaring the Cetacean Migration Corridor as a Specially Protected Area of Mediterranean Importance (SPAMI), the Spanish government now has the possibility to be a world pioneer in protecting cetaceans from the serious problem of underwater noise by taking a series of measures that would simultaneously contribute to reducing the climate footprint of maritime transport.

"Spain has in its hands a unique opportunity to quantitatively reduce underwater noise emissions and transform an area with a high intensity of maritime traffic into a quiet zone for marine fauna. The Mediterranean Cetacean Migration Corridor could become an internationally important example of best environmental practice in a marine protected area", stated Nicolas Entrup, co-director of International Relations at OceanCare, an international organisation for the protection of the marine environment, at a joint press conference with Alnitak and the MarIlles Foundation, held this morning in Mallorca.

The OceanCare report "Quiet Waters for Whales and Dolphins" was presented at the press conference. This document is designed to support the Spanish Ministry for Ecological Transition and Demographic Challenge (MITECO) in the development of the conservation management plan for the Cetacean Migration Corridor, with a particular focus on measures to avoid, reduce and mitigate underwater noise-generating activities. Recommendations on monitoring and implementation of the plan are included in the report, with the aim of making it an example of Best Practice in the governance of marine protected areas, which could be replicated elsewhere in the world. 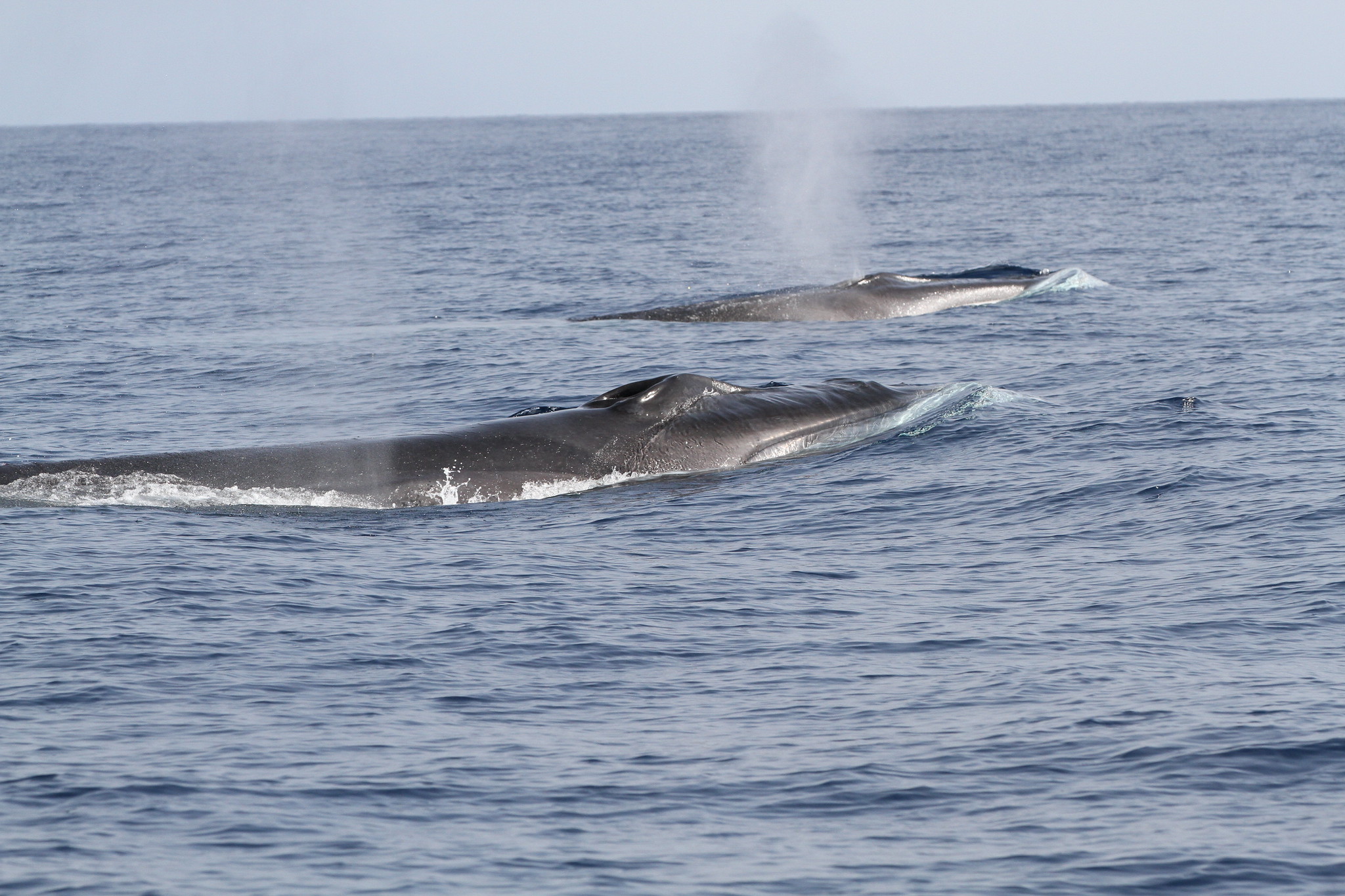 In June 2018, the Spanish Government, following requests from the Spanish Congress of Deputies and Senate, the Balearic Government and Parliament, the Catalonia and Valencia regional governments, the local governments of the Balearic Islands, the main town councils of these islands, as well as Barcelona and Valencia city councils, private sector and civil society entities as well as numerous Spanish and international scientists and conservation organisations, declared the Mediterranean Cetacean Migration Corridor (a marine area of 46,386 km2 of high environmental value located between the Balearic Islands and the Spanish mainland) as a Marine Protected Area (MPA). The following year, in December 2019, the Barcelona Convention recognised the environmental importance of this MPA by declaring it a SPAMI. Following its declaration as an MPA and SPAMI, the Spanish Government is now obliged to draw up a Management Plan for this protected marine area.

"A well-managed and funded Cetacean Migration Corridor will guarantee the conservation and improvement of the populations of these majestic animals, reduce noise and climate pollution and bring us closer to a more sustainable Mediterranean. The Balearic Islands must play a key role in making the cetacean corridor a success and a world reference in marine conservation", declared Aniol Esteban, Director of the Marilles Foundation.

This area is of high ecological value, not only because it is a migratory passage area for the fin whale (a baleen whale that is the second largest mammal on the planet) to its breeding and feeding grounds in the northern Mediterranean, but also because it is a habitat and feeding ground for a wide range of other cetacean species (deep-diving sperm whales such as sperm whales, pilot whales and Cuvier's beaked whales, and bottlenose and striped dolphins, among others), as well as several species of chelonians such as loggerhead turtles, but also sharks and seabirds. All the species mentioned are included in Annex II of the Protocol on Specially Protected Areas and Biological Diversity in the Mediterranean of the Barcelona Convention and also in Annex IV of Directive 92/43/EEC "Habitats".

But despite their legal protection, these species are subject to strong pressures that threaten their survival. Among them, due to the intense maritime traffic in the area, the risk of lethal collisions of large cetaceans with ships. In addition, passenger and cargo ships cause high levels of underwater noise that endanger whales and dolphins. The number of merchant and cruise ships in Spanish Mediterranean ports approached 125,000 in 2019, according to official data from the Ministry of Transport, Mobility and Urban Agenda of Spain. In fact, the Cetacean Migration Corridor has been identified as an underwater noise hotspot by the Agreement on the Conservation of Cetaceans of the Black Sea, Mediterranean Sea and Contiguous Atlantic Area (ACCOBAMS), an international treaty to which Spain is also a party.

In Royal Decree 699/2018, which declared the protection of the Cetacean Migration Corridor as a Marine Protected Area, the Spanish Government made it clear that avoiding, mitigating and reducing anthropogenic underwater noise is one of the central objectives to safeguard the conservation of the great diversity of marine species that use this area.

Anthropogenic underwater noise has been identified as a critical pollutant negatively affecting global marine ecosystems in numerous scientific studies. Globally, commercial shipping is one of the main causes of underwater noise, especially since about 90% of world trade is conducted by sea.

"Effective management of maritime traffic in this SPAMI will be essential in order to reduce underwater noise and CO2 emissions", stated Carlos Bravo, spokesperson for OceanCare in Spain.

In this sense, reducing the speed of ships is, among the different operational measures available, the one that can contribute most cost-effectively to reducing the environmental impact of maritime transport. In fact, this measure can significantly reduce, with immediate effect, CO2 emissions, atmospheric pollutants such as sulphur oxides (SOx), nitrogen oxides (NOx), particulate matter and black carbon, as well as underwater noise and the risk of collisions with marine fauna. "We are facing a unique opportunity, as a measure such as speed reduction benefits everyone, both the environment, safety at sea and the transport industry itself", said Ricardo Sagarminaga, Director of Alnitak.

Likewise, the Cetacean Migration Corridor meets the requirements to be declared a Particularly Sensitive Sea Area (PSSA) by the International Maritime Organisation (IMO), due to its importance for recognised ecological, socio-economic and scientific attributes and that it may be vulnerable to damage caused by international maritime activities. For this reason, the report proposes that the Spanish government request the IMO to declare the entire MPA/SPAMI as a PSSA.

Finally, it should be noted that on 21 January 2020, the Council of Ministers approved the Government's Declaration on the Climate and Environmental Emergency in which it is recalled that"the Mediterranean region is considered one of the global "hot spots" in terms of climate change (...) All this makes it necessary to take advantage of the synergies between the policies of the fight against climate change and nature conservation, both fundamental to guarantee the well-being and survival of humanity".

"We encourage all stakeholders to join forces and write a success story for marine conservation in the Mediterranean", said the spokespersons of these three organisations.

It is estimated that over 95% of the carbon in seagrass meadows is stored beneath them.