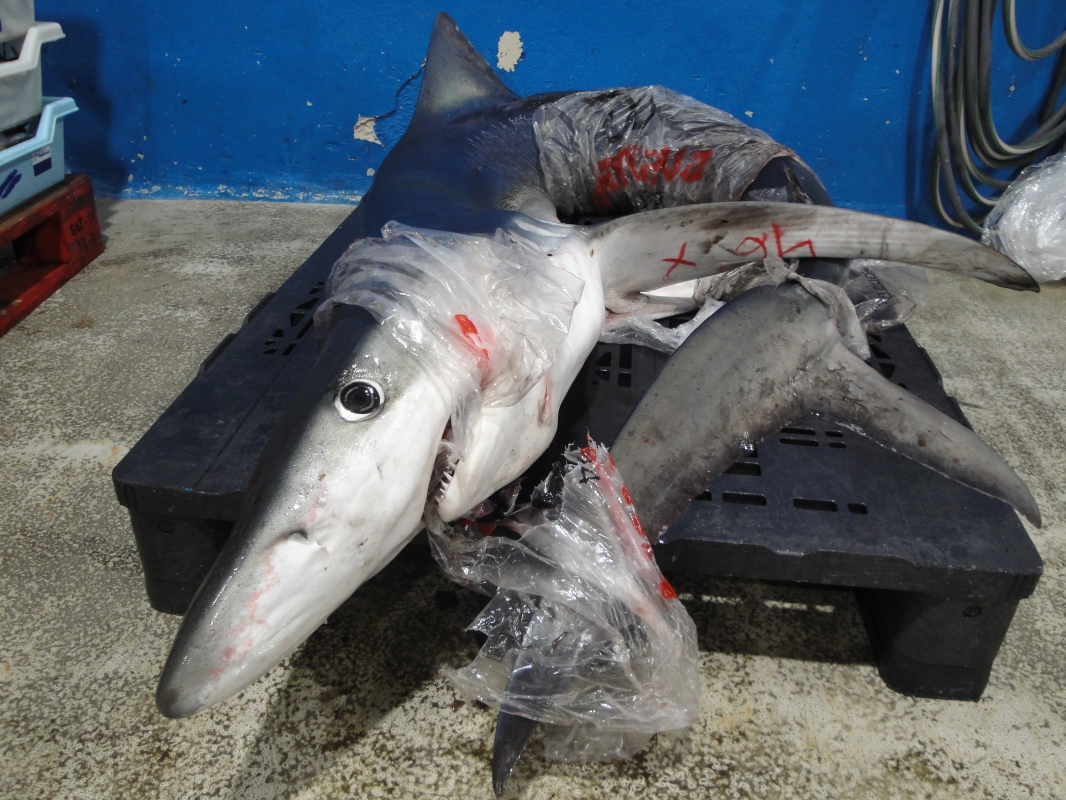 With the information obtained about quantities, species and sizes we will be able to devise measures to improve the management of these species

Three marine biologists with a long track record in the fishing sector of the Balearic Islands are leading the study Characteristics of elasmobranchs sold in the Palma fish market. The weekly sample sessions started in the market last November and will continue for 12 months. The results will allow us to evaluate any important changes in these species in the last decade. The study is financed by the Marilles Foundation.

Elasmobranchs (sharks and rays) present biological traits that make them very vulnerable to overfishing. According to the International Union for Conservation of Nature, IUCN, 39 of the 73 species present in the Mediterranean are endangered. Of the 58 species living in the Balearic Islands (from the total of 73), 28 are endangered and 2 are already considered extinct. Knowing the volume of fishing for these species is essential to evaluate the impact of fishing on fish populations, so as to be able to manage them accordingly. It’s a known fact, however, that official statistics are inaccurate due to poor identification of the species that are fished. These errors, in turn, generate inaccuracies or difficulties when interpreting later analyses, whether it’s in the statistics themselves or in scientific studies based on them.

Thanks to weekly sampling sessions over the space of 12 months, the study will describe and typify the catches of sharks and rays that have been fished and taken to the Palma fish market, where 70% of the catches in the Balearic Islands are sold. The findings will be compared to those generated by a 2009 study using the same methodology, and that will allow for evaluation of what changes took place in the time between both studies. Both studies have been conducted by biologist Gabriel Morey, member of the Shark Specialist Group in IUCN and Vicepresident of Save the Med. On this occasion, Olga Reñones and Francesc Verger are also taking part – they both have a wealth of experience studying the effects of fishing on fish population in the Balearics.

OP Mallorcamar, the management body of the Palma fish market, has shown a total predisposition to collaborate in the study and enable the researchers’ processes, making it as easy as possible for them.

Gabriel Morey, director of the study, explained: “A large part of fishing management is based on data generated by our industry; however, many species are hard to identify, which is why we group them into commercial categories. For example, in the Balearic Islands we commercialise about ten species under the name “rajada”, “ray”. Our job consists in identifying the proportion of the various species within each category, which will allow for more precision in the interpretation of fishing statistics”. He adds: “Some species have no commercial value and are tossed back into the sea, which is why they don’t appear in catch statistics. The only way of evaluating them is through on-board sampling, whether it’s on a boat from a commercial fleet or aboard a research vessel”.

Pedro Mercant, President of OP Mallorcamar, management body of the fish market in Palma, tells us: “It’s been widely recognised that the Palma fish market has set an example when identifying commercialised species. Even so, our aim is always to improve, which is why we support studies such as this one. We also pay special attention to preventing the catch and commercialisation of protected species”.

Aniol Esteban, director of the Marilles Foundation, believes that “An abundance of sharks and rays in the sea is synonymous with a good state of conservation. The number of sharks in the Balearic Sea has gone down dramatically, like in the rest of the Mediterranean. Recovering these species is a priority for our foundation, as well as a shared objective for many. It’s essential to have a good foundation of data and knowledge, which is what we hope to achieve with this study.”

Recovery plan for sharks and rays in the Balearic Sea

The 2019 Seminar for Ray and Shark Conservation in the Balearic Sea – co-organised by IUCN and the Marilles Foundation – brought together experts that established the basis for the development of a recovery programme of rays and sharks in the Balearic Sea in three main areas:

This descriptive and typifying study for the Palma fish market is a key piece that fits into the essential blocks of this programme.